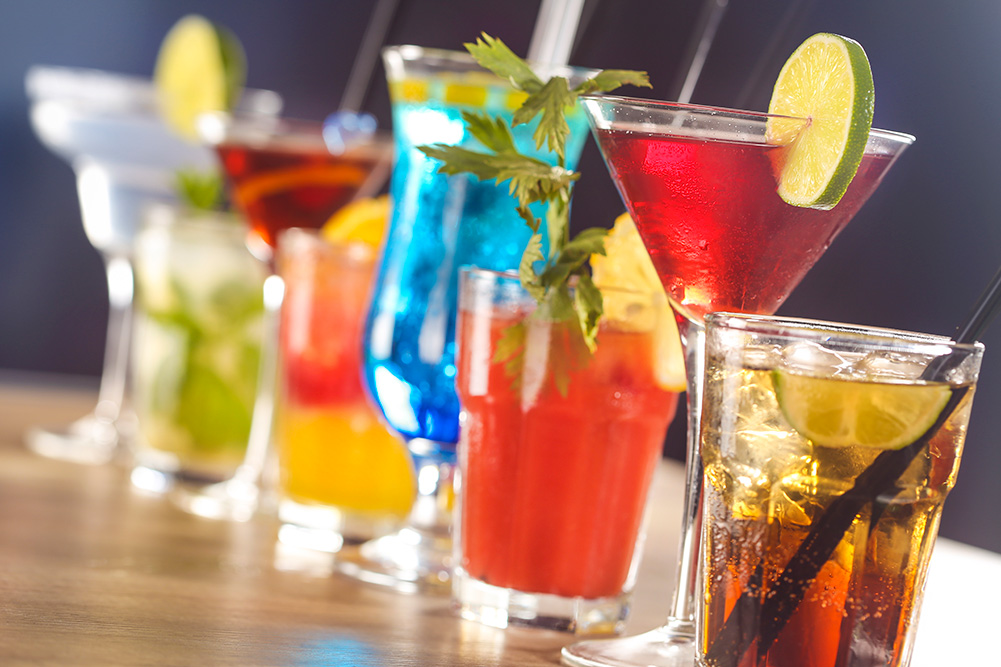 Alcohol is an intoxicating ingredient found in beer, wine, and liquor.  The 2017 Youth Risk Behavior Survey found that among high school students, 30% drank alcohol in the past 30 days.

What is a standard drink in the United States?

What is binge drinking?

Alcohol use by persons under age 21 years is a major public health problem. Alcohol is one of the most commonly used and abused drug among youth in the United States.

Drinking at college has become a ritual that students often see as an integral part of their higher education experience. Many students come to college with established drinking habits, and the college environment can exacerbate the problem.  According to a national survey, almost 60% of college students ages 18-22 drank alcohol in the past month, and almost 2 out of 3 of them engaged in binge drinking during that same timeframe.

Youth who drink alcohol, are more likely to experience:

In general, the risk of youth experiencing these problems is greater for those who binge drink than for those who do not binge drink. Youth who start drinking before age 15 years are five times more likely to develop alcohol dependence or abuse later in life than those who begin drinking at or after age 21 years.

What does it mean to be above the legal limit for drinking?

Forty nine states in the United States have adopted 0.08% (80 mg/dL) as the legal limit for operating a motor vehicle for drivers aged 21 years or older. However, drivers younger than 21 are not allowed to operate a motor vehicle with any level of alcohol in their system.

Is it safe to drink alcohol and drive?

No. Alcohol use slows reaction time and impairs judgment and coordination, which are all skills needed to drive a car safely. The more alcohol consumed, the greater the impairment.

What health problems are associated with excessive alcohol use?

Excessive drinking both in the form of heavy drinking or binge drinking, is associated with numerous health problems, including:

What is the difference between alcohol abuse and alcoholism?

Alcohol abuse is a pattern of drinking that results in harm to one’s health, interpersonal relationships, or ability to work. Manifestations of alcohol abuse include the following:

Dependency on alcohol, also known as alcohol addiction and alcoholism, is a chronic disease. The signs and symptoms of alcohol dependence include:

How does alcohol affect a person?

Alcohol affects every organ in the body. It is a central nervous system depressant that is rapidly absorbed from the stomach and small intestine into the bloodstream. Alcohol is metabolized in the liver by enzymes; however, the liver can only metabolize a small amount of alcohol at a time, leaving the excess alcohol to circulate throughout the body. The intensity of the effect of alcohol on the body is directly related to the amount consumed.

Why do some people react differently to alcohol than others?  Individual reactions to alcohol vary, and are influenced by many factors; such as:

Beer Bong: A device used to drink beer quickly through a hose or funnel
Black Out: The memory loss experienced during a period of binge drinking.
Chug (Chugging): Consuming a large amount of alcohol quickly (often as part of a drinking game).
Everclear: A dangerously potent drink with a 90 proof level (45% alcohol).  Sometimes injected or mixed with fruit.
Hangover: An ill feeling experienced the day after drinking alcohol.
Jag: An extended period of heavy drug or alcohol abuse.
Jello Shots: Grocery store gelatin products mixed with alcohol and usually served in an ice cube tray or small cups.
Methyl Alcohol: A highly dangerous form of alcohol found in household products such as antifreeze, fuel and paint thinners (may also be known as “wood alcohol”).
Pre-Game: To take part in drinking alcohol before a party.
Shot- gunning: “punch a hole” in the side of a beer can, and consume at a high rate of speed by drinking as fast as possible.
Turnt, lit, crunk, tipsy, loaded: are all phrases often associated with heavy alcohol use.

Terminology changes all the time so take a few minutes to look up any words your child is using that you aren’t familiar with.