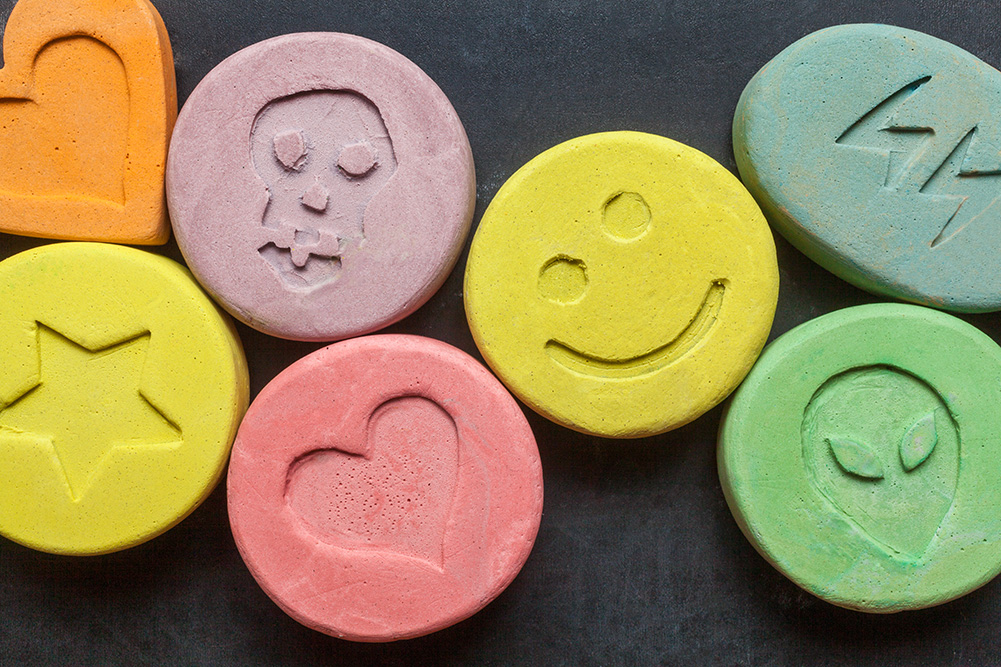 MDMA acts as both a stimulant and psychedelic, producing an energizing effect, distortions in time and perception, and enhanced enjoyment of tactile experiences. Adolescents and young adults use it to reduce inhibitions and to promote: Euphoria, feelings of closeness, empathy, and sexuality. Although MDMA is known among users as ecstasy or Molly, researchers have determined that many ecstasy tablets contain not only MDMA but also a number of other drugs or drug combinations that can be harmful, such as: Methamphetamine, ketamine, cocaine, cathinones, and caffeine.

In addition, other drugs similar to MDMA, such as MDA or PMA, are often sold as ecstasy, which can lead to overdose and death when the user takes additional doses to obtain the desired effects.

The Drug Enforcement Administration (DEA) considers MDMA to be a Schedule I controlled substance, which means it has a high potential for abuse, and no accepted use in medical treatment. The DEA notes that MDMA can cause:

Because of where Ecstasy is often used (clubs and music festivals), there are often reports of dehydration. This dehydration comes from both the drug and the often crowded, hot conditions present at festivals etc. High doses can interfere with the ability to regulate body temperature, resulting in a sharp increase in body temperature (hyperthermia). This can lead to liver, kidney, and cardiovascular failure in severe cases. High doses increase the risk of seizures and compromise the heart’s ability to maintain its normal rhythms.