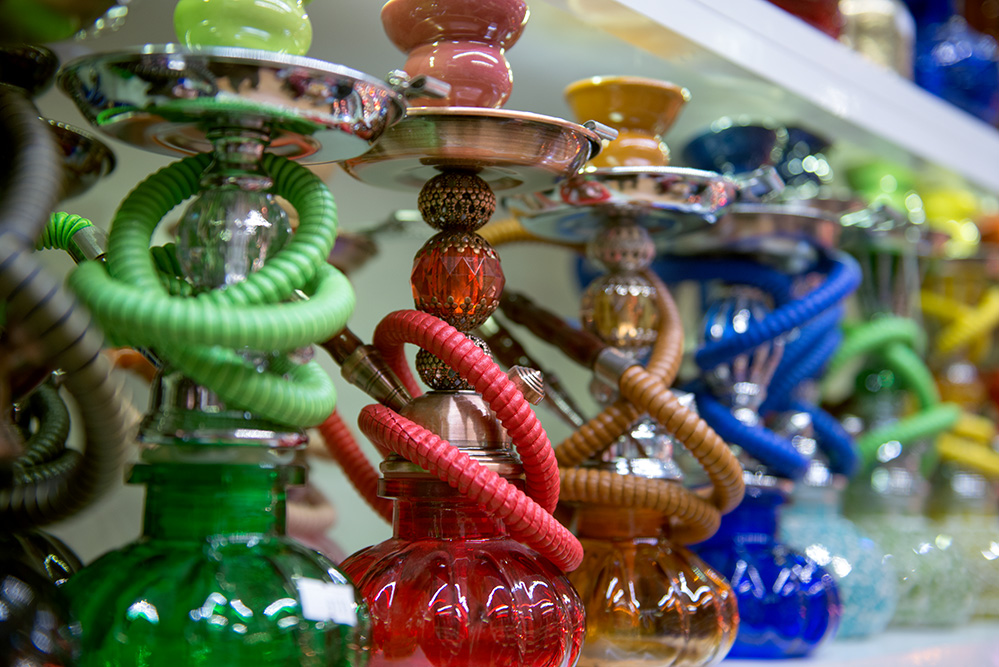 Hookahs are water pipes that are used to smoke specially made tobacco. The tobacco comes in different flavors such as apple, mint, cherry, chocolate, coconut, licorice, cappuccino, and watermelon, making it more appealing to young people. Hookah smoking is typically done in groups, with the same mouthpiece passed from person to person.

Hookahs vary in size, shape, and style. A typical modern hookah has a head (with holes in the bottom), a metal body, a water bowl, and a flexible hose with a mouthpiece.

Hot charcoal which is separated by a foil sheet is used to heat up the tobacco, creating smoke. When users draw on the mouthpiece the hose draws more heat on the tobacco, helping accelerate the heat transfer. The smoke is then pulled through the water bowl or water chamber and cools before it reaches the lungs.

Other Health Effects of Hookah Smoke: