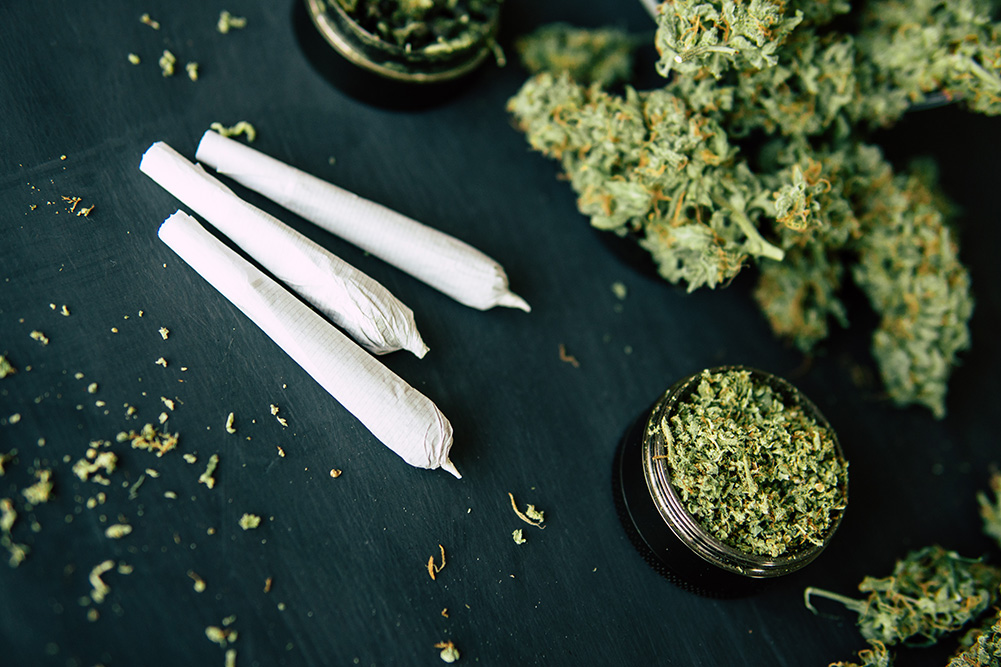 Marijuana is the dried leaves and flowers of the plant Cannabis sativa or Cannabis indica . Stronger forms of the drug include high potency strains – known as sinsemilla (sin-seh-me-yah), hashish (hash for short), and extracts including hash oil, shatter, wax, and budder.

Of the more than 500 chemicals in marijuana, delta-9-tetrahydrocannabinol, known as THC, is responsible for many of the drug’s mind-altering (psychotropic) effects. It’s this chemical that distorts how the mind perceives the world. In other words, THC is what makes you high.

The marijuana “joint” (cigarette) is made from the dried particles of the plant. The amount of THC in marijuana determines how strong its effects will be.

The potency of today’s marijuana is as much as 10 times greater than the marijuana used in the early 1970s. Higher potency means there is greater physical and mental effects and the possibility of health problems for the user.

Marijuana is the most commonly used illicit drug in the United States by teens as well as adults. Recent public discussions about medical marijuana and the public debate over the drug’s legal status is leading to a reduced perception of harm among young people. In addition, some teens believe marijuana cannot be harmful because it is “natural,” but not all-natural plant substances are good for you—tobacco, cocaine, and heroin also come from plants.

Marijuana is a drug of convenience; for a relatively small amount of money, a person can buy enough that can be shared with several people but still transports easily in a pocket or bag. Marijuana can be purchased in almost any neighborhood in any city or state in the country. It is easily concealed, both for transport and use.

Along with legalization in some states, marijuana has become widely popular with adolescents or young adults who have a lot of authority figures involved in their lives. Unlike alcohol, where the signs of use are often overt and overwhelming, a marijuana user can often conceal their use in the event that they are under scrutiny, often with such simple remedies as a quick shower or a few drops of Visine.

Monitoring the Future survey of U.S. secondary school students indicates marijuana has been tried by 1 in 7 eighth graders and has been used in the prior month by about 1 in every 19. Some used it on a daily or near-daily basis. Statistics show that marijuana use commonly rises among 10th and 12th graders. Of perhaps greater importance is the rise in daily or near-daily marijuana use, defined as use on 20 or more occasions in the prior 30 days.  For more statistics on teen drug use, see NIDA’s Monitoring the Future study and National Institute on Drug Abuse for Teens.

Risks Associated With Marijuana Use

For more information on the effects of marijuana, see NIDA’s Marijuana Research Report.

Behavioral Signs of Use

Physical Signs of Use:

These effects are reduced after three or four hours. However, marijuana hangs around in your system for as long as 24 hours after smoking. The lingering effects mean you’re impaired for several hours after the high wears off.

Marijuana is often referred to as: