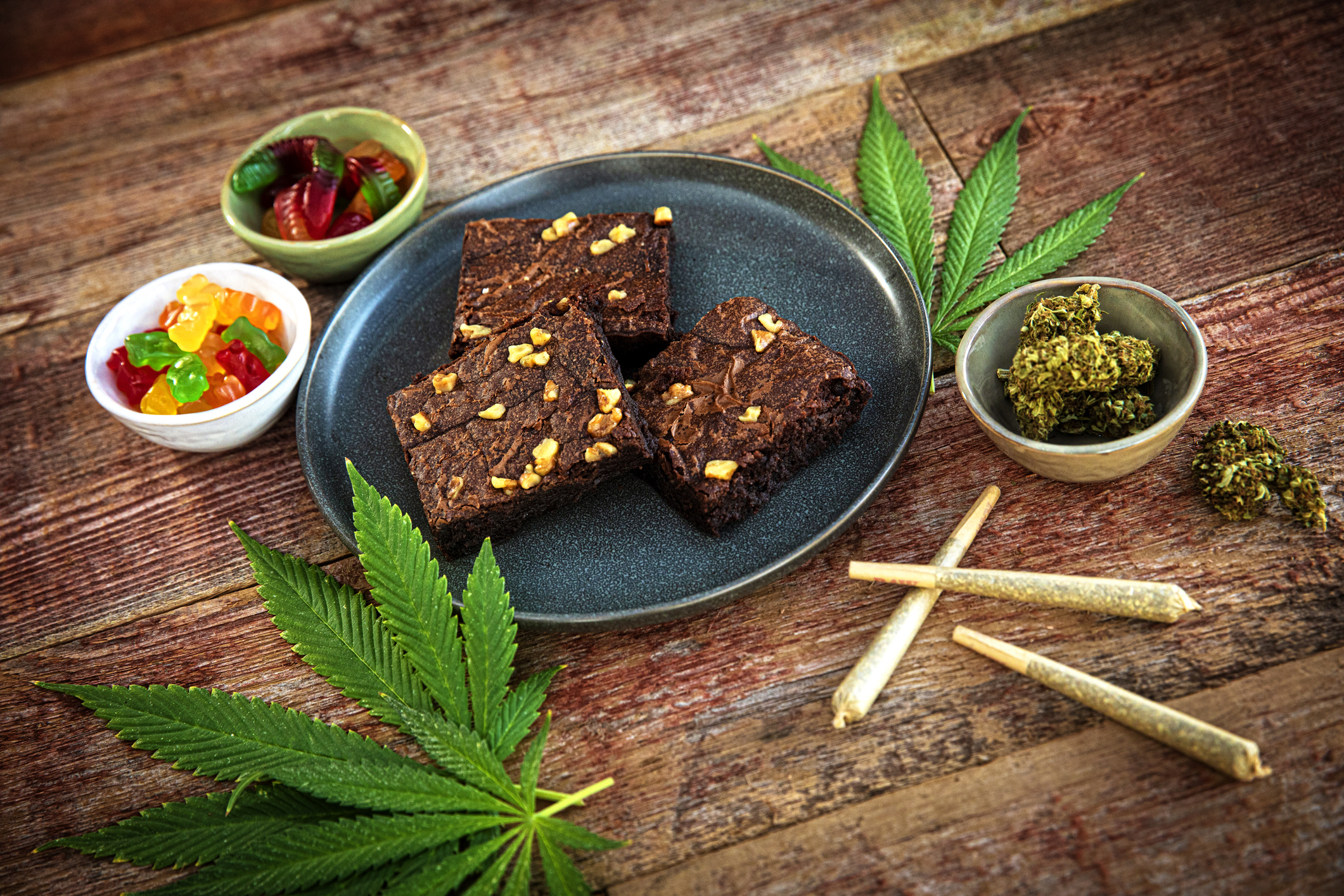 Edibles are food products that have been infused with marijuana. These products come in a variety of different forms that can include:

Edibles can be homemade or prepared commercially for dispensaries. When made at home the tetrahydrocannabinol (THC), the psychoactive ingredient in marijuana, is usually extracted into oil or butter that can be used in cooking or spread directly on food.

Although smoking remains the most prevalent method of marijuana consumption, the ingestion of edibles is quickly becoming a popular way to take the drug. Unfortunately, many people who consume edibles are unaware of the dangers associated with their use.

The Risks of Consuming Edibles

The effects of marijuana edibles last much longer than smoking, usually up to several hours depending on the amount of THC consumed, the amount and types of the last food eaten, and other drugs or alcohol used at the same time.

The amount of THC is difficult to measure and is often unknown in many edibles. Regulations and quality assurance regarding the determination of THC content and product labeling are generally lacking, and as a result the dosage estimation for many edibles is often inaccurate.

Consequently, many products contain significantly more THC than labeled and people who consume these edibles can be caught off-guard by their strength and long-lasting effects.

Perhaps the most prominent difference between smoking marijuana and eating edibles is the delayed onset of effects associated with edibles. Whereas the effects of marijuana usually occur within minutes of smoking, it can take between 30 minutes to 2 hours to experience the effects from edibles. This delay can result in some people consuming a greater than intended amount of drug before it has taken effect.

Marijuana overdose is also referred to as acute marijuana intoxication. Research has shown that edibles are the form of marijuana consumption most likely to lead to emergency room visits for marijuana overdose, and the authors of at least one study believe that this is due to the failure of users to fully understand the delayed effects of these products.

The symptoms associated with eating highly potent edibles are often much more severe than the symptoms experienced after smoking marijuana.

According to Dr. Nora Volkow, the current director of the National Institute on Drug Abuse, edibles are now being associated with “medical complications that we never knew were associated with marijuana”.

Some of the more adverse effects associated with the consumption of edibles include:

Increased Likelihood to Cause Self-Harm or Hurt Others

Due to the delayed onset and uncertain potency of edibles, many people who use these products may unintentionally consume excessively high amounts of THC.

One of the consequences of taking in too much of the drug too quickly is users can become violent or unaware of their actions. These individuals may exhibit self-harming behaviors or hurt others while in this state, behaviors that they likely never would have engaged in while sober.

Content from:  The Real Risks & Side Effects of Edibles (americanaddictioncenters.org)